Monitoring for IDLH and Other Dangerous Conditions at HAZWOPER Sites

As a first step, air monitoring should be conducted to identify any Immediately Dangerous to Life or Health (IDLH) and other dangerous conditions, such as flammable or explosive atmospheres, oxygen-deficient environments, and highly toxic levels of airborne contaminants. Direct-reading monitoring instruments will normally include combustible gas indicators, oxygen meters, colorimetric indicator tubes, and organic vapor monitors. Other monitoring instruments may be necessary based on the initial site characterization. When time permits, air samples should be collected for laboratory analysis. Extreme caution should be exercised in continuing a site survey when atmospheric hazards are indicated. Monitoring personnel should be aware that conditions can suddenly change from nonhazardous to hazardous. 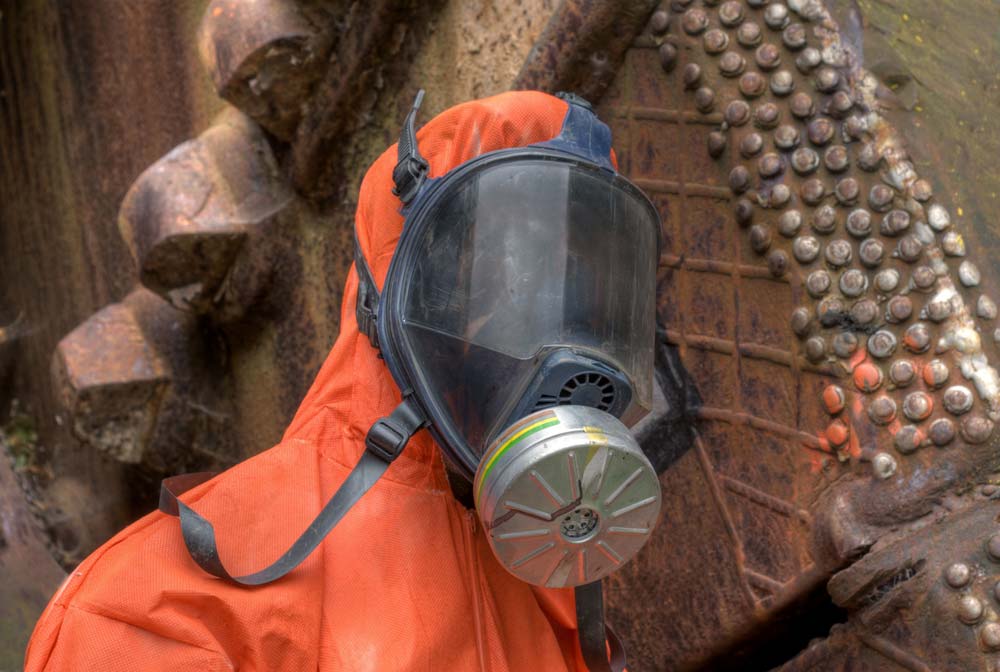 Acutely hazardous concentrations of chemicals may persist in confined and low-lying spaces for long periods of time. Look for any natural or artificial barriers, such as hills, tall buildings, or tanks, behind which air might be still, allowing concentrations to build up. Examine any confined spaces such as cargo holds, mine shafts, silos, storage tanks, box cars, buildings, bulk tanks, and sumps where chemical exposures capable of causing acute health effects are likely to accumulate. Low-lying areas, such as hollows and trenches, are also suspect. Monitor these spaces for IDLH and other dangerous conditions. Also consider whether the suspected contaminants are lighter or heavier than air. Then, based on the type of contaminants present, consider sampling on hilltops, under any cover or canopy where workers might work or congregate, and in trenches and low-lying areas.

In open spaces, toxic materials tend to be emitted into the atmosphere, transported away from the source, and dispersed. Thus acutely hazardous conditions are not likely to persist in open spaces for extended periods of time unless there is a very large (and hence, readily identifiable) source, such as an overturned tankcar. Open spaces are therefore generally given a lower monitoring priority.

Air sampling should be conducted using a variety of media to identify the major classes of airborne contaminants and their concentrations. The following sampling pattern can be used as a guideline. First, after visually identifying the sources of possible generation, collect air samples downwind from the designated source along the axis of the wind direction. Work upwind, until reaching or getting as close as possible to the source. Level B protection should be worn during this initial sampling. Levels of protection for subsequent sampling should be based upon the results obtained and the potential for an unexpected release of chemicals. After reaching the source, or finding the highest concentration, sample cross-axis of the wind direction to determine the degree of dispersion. Smoke plumes, or plumes of instrument-detectable airborne substances, may be released as an aid in this assessment. To ensure that there is no background interference and that the detected substance(s) are originating at the identified source, also collect air samples upwind of the source.

Fixed-location monitoring at the "fenceline" or perimeter, where personal protective equipment is no longer required, measures contaminant migration away from the site and enables the Site Safety Officer to evaluate the integrity of the site's clean areas. Since the fixed-location samples may reflect exposures either upwind or downwind from the site, wind speed and direction data are needed to interpret the sample results.