What, or who, is OSHA? What may seem like a rhetorical question for employers can actually have many known and unknown definitions. Let’s seek to clarify this seemingly basic question.

OSHA stands for the Occupational Safety & Health Act. Let’s begin with some modern era history and evolution of safety and health standards in the US.

On March 25, 1911, a deadly fire broke out at the Triangle Shirtwaist Factory in Manhattan, NY. The fire caused the deaths of 146 garment workers (123 women and girls and 23 men). Because the doors to the stairwells and exits were locked, a common practice at the time to prevent workers from taking unauthorized breaks and to reduce theft, many of the workers could not escape from the burning building and jumped from the high windows. The fire led to legislation requiring improved factory safety standards and helped spur the growth of unions, which fought for better working conditions for sweatshop workers.

Act of June 30, 1936, commonly known as the Walsh-Healey Act was a US Labor Law act named for its sponsors, Massachusetts Senator David I. Walsh and Representative Arthur Healey. It applies to U.S. government contracts exceeding $15,000 for the manufacturing or furnishing of goods. Among other things, the act set strict job safety and health standards.

Occupational Safety and Health Act of 1970

The Occupational Safety and Health Act of 1970 was signed into public law in 1971 by then President Richard M. Nixon. The act sought “to assure so far as possible every working man and woman in the nation safe and healthful working conditions and to preserve our human resources." It also created the Occupational Safety and Health Administration (OSHA) within the Department of Labor (DOL). 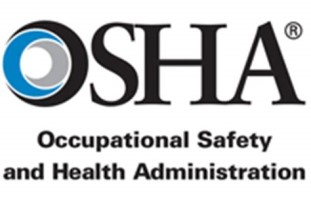 The Occupational Safety and Health Administration (OSHA) is a federal agency headquartered in Washington, DC with approximately 2200 employees and an annual operating budget of approximately 550 million dollars. The top executive of OSHA is the Assistant Secretary of Labor, Douglas L. Parker.

The OSH Act covers most private sector employers and their workers, in addition to some public sector employers and workers in the 50 states and in certain territories and jurisdictions under federal authority. Those jurisdictions include the District of Columbia, Puerto Rico, the Virgin Islands, American Samoa, Guam, Northern Mariana Islands, Wake Island, Johnston Island, and the Outer Continental Shelf Lands as defined in the Outer Continental Shelf Lands Act.

OSHA has an official mission statement:

“Each employer shall furnish to each of his employees employment and a place of employment which are free from recognized hazards that are causing or are likely to cause death or serious physical harm to his employees.”

Even though we’ve come a long way since 1911, OSHA estimates that on average 14 workers a day in the US lose their lives as the result of a work-related incident, and thousands more suffer from severe injuries and illnesses.

Many employers are aware of their respective and industry applicable OSHA regulations, most namely:

There are also other regulations that cover Marine, Longshoring, and Agriculture. In addition, for employers with more than 10 employees, OSHA also mandates recordkeeping regulations.

Employers are also required to provide employees education on OSHA, which typically would include:

Referencing the above, OSHA requires employers to post Publication 3165, Job Safety and Health It’s the Law, within their workplaces. It outlines worker’s rights, employer requirements, and basic contact information for OSHA.

Finally, it’s important to mention that some states have their own Occupational Safety and Health plans that might exceed federal OSHA requirements. You can access individual state OSHA information online at: https://www.osha.gov/stateplans.

You can visit OSHA’s website at any time for more information at www.osha.gov.

What Does PPE Mean?