Who Does HAZWOPER Apply To? 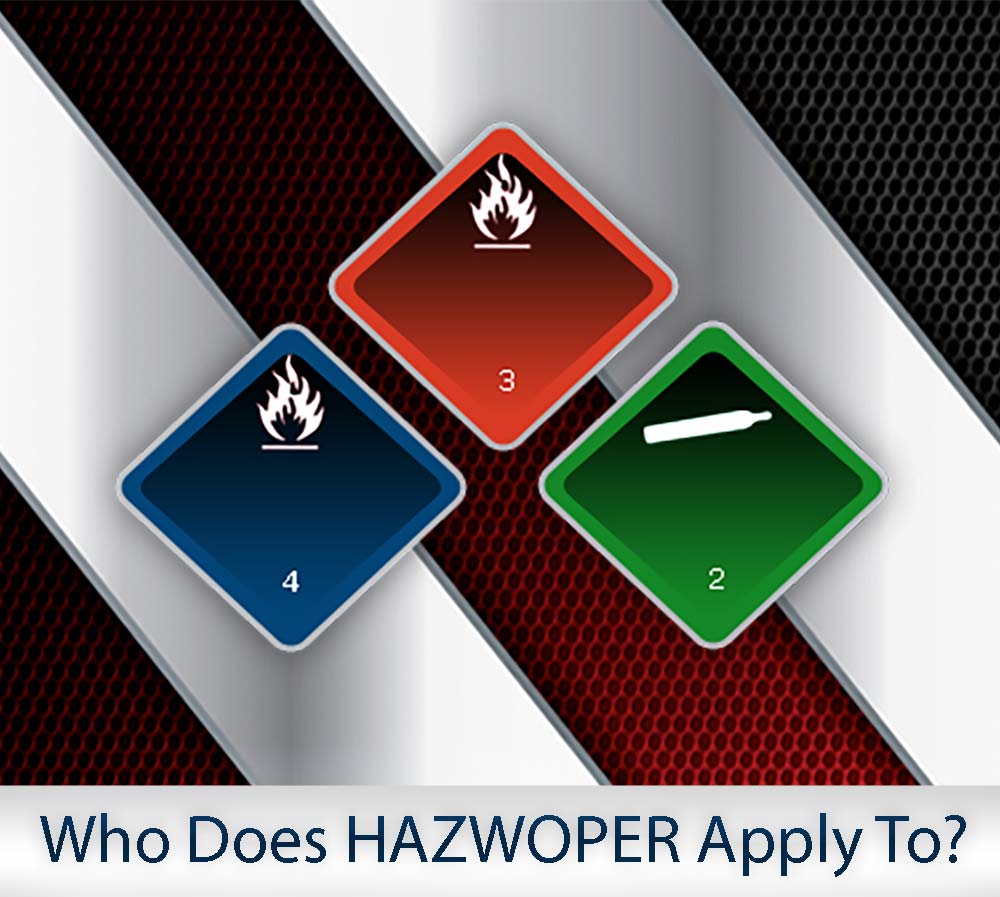 The term “HAZWOPER” is defined as Hazardous Waste Operations and Emergency Response. Both the U.S. Occupational Safety and Health Administration (OSHA) and U.S. Environmental Protection Agency (EPA) promulgated the regulation into their specific regulatory classification. Federal and State governments are famous for using many acronyms to describe regulations or procedures. This action was extremely important to cover all individuals who deal with hazardous substances and materials. The HAZWOPER regulation can be found in Title 29 Code of Federal Regulations (CFR) Part 1910.120 or Title 40 CFR Part 311. Title 29 CFR deals with labor issues (OSHA) and Title 40 CFR deals with protection of the environment (EPA).

Many people are familiar with the OSHA HAZWOPER regulations but this regulation does not cover all workers who deal with hazardous substances and materials. OSHA is “employer focused” holding the employer ultimately responsible for adequately training their employees. But OSHA does not cover all individuals who deal with hazardous waste operations and emergency response. Specially, public employees do not fall under their regulatory purview.

Which Regulatory Agency Has Primacy?

As a rule of thumb, OSHA has primacy or authority over private sector employees. The EPA has primacy on the protection of the environment. However, there are always exceptions to every rule and its no different here. Employees of governmental agencies who deal with hazardous waste operations are protected either by a State regulatory body (approved OSHA Plan State) or the EPA.

40 Hour HAZWOPER Training: Who Needs It

What are the Different Types of Respirators?